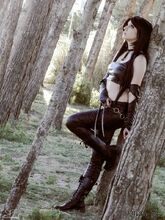 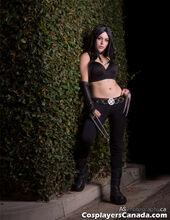 When a top-secret program attempted to recreate the original Weapon X experiment that involved the feral mutant Wolverine, they failed to secure a test subject who could survive the bonding process of the virtually unbreakable metal Adamantium to their skeleton. Seeking to take the project in a new direction, the project's director, Doctor Marin Sutter, recruited renowned mutant geneticist Doctor Sarah Kinney and tasked her with creating a clone.[1]

X-23 was the result of this cloning. Initially emotionally distant, she was trained and raised as an assassin, performing admirably in her missions. She would later meet Wolverine and join several X-Men teams.