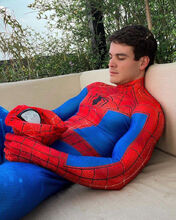 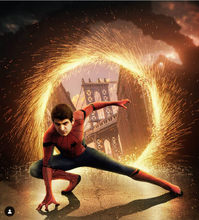 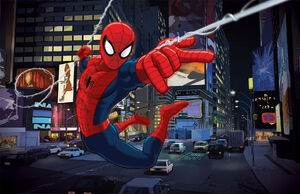 Peter Benjamin Parker, also known by his superhero alter-ego Spider-Man, is a superhero who has appeared in all forms of Spider-Man media, and many comic book series published by Marvel Comics. He was created by writer-editor Stan Lee and writer-artist Steve Ditko. He first appeared in the Amazing Fantasy #15 in August of 1962.

Peter Parker was orphaned at the age of six and went to live with his uncle and aunt, Ben and May Parker, in Forest Hills, New York. While attending a public exhibition, Peter was bitten by a radioactive spider. Making his way home afterwards, Peter discovered he had somehow gained incredible strength, agility, and the ability to cling to walls; spider-like traits that he immediately associated with the spider bite. That inspired him to take that fateful step into the shoes of heroism, as the Amazing Spider-Man, New York's newest street level hero.[1]