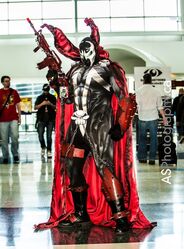 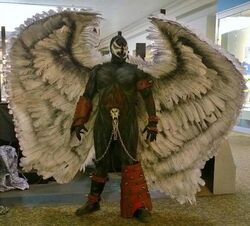 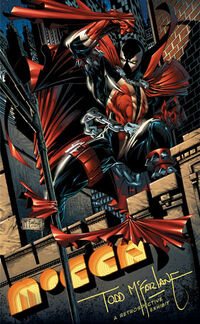 Albert "Al" Francis Simmons (Spawn) was a very gifted officer of the United States Marine Corps, where he attained the rank of Lieutenant Colonel. He later joined the United States Secret Service, which led to his transfer to the Central Intelligence Agency. In the CIA, Simmons was recruited by Director Jason Wynn into a special top-secret covert ops division known as the U.S. Security Group, an elite task force with jurisdiction in all domestic and foreign situations.

Simmons was murdered during a mission in Botswana for the USSG's Operation Knightstrike by fellow mercenary Bruce Stinson (aka Chapel) at the order of Director Wynn. Simmons was sent to Hell because of his life as an assassin. After arranging a deal with the being known as Malebolgia, Simmons agrees to become a Hellspawn in exchange for being allowed to see his wife Wanda Blake one last time. [1]