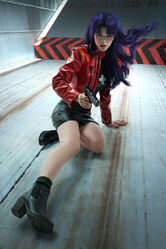 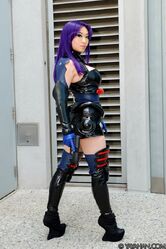 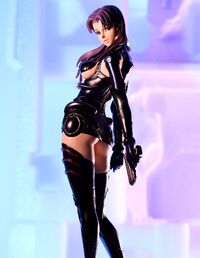 Misato Katsuragi is one of the main characters from the Neon Genesis Evangelion franchise. She is the operations director at NERV, initially with the rank of captain; she is later promoted to major. In Rebuild of Evangelion, Misato's initial rank is lieutenant colonel. Her duties at NERV include acting as a field commander for the Eva pilots, issuing orders and relaying battle strategies as well as processing input from Ritsuko Akagi and the technicians monitoring the Evas. She also handles many bureaucratic aspects of NERV's operations.[1]