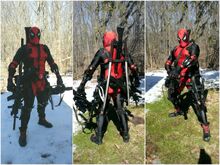 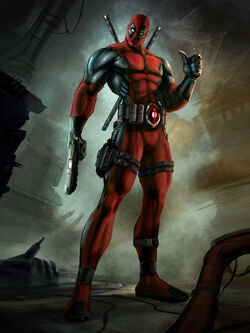 A disfigured and mentally unstable mercenary, Deadpool originally appeared as a villain in an issue of New Mutants, and later in issues of X-Force. The character has since starred in several ongoing series, and shares titles with other characters such as Cable. Also known as the "Merc with a Mouth," Deadpool is famous for his talkative nature and his tendency to break the fourth wall, which is used by writers to humorous effect.[1]