Danielle Beaulieu is a self-taught artist and cosplayer from the Boston area. The bitter cold of the northeast has shaped her into a seasoned master of armor and special effects makeup. Danielle’s interest in costuming was sparked at a young age, when her and her father made costumes together, and stalked Boston’s suburbs. She was thirteen years old when she attended her first anime convention, and has spent the past decade cosplaying at all kinds of conventions all over the country!

Danielle has done characters from a variety of different fandoms, but she is recognized around the world for her award-winning League of Legends inspired cosplays. She has worn or crafted over a dozen different League costumes, and has appeared in cosplay for promotional events for companies such as Turtle Beach, Hello Hero, and Asus. Her other notable cosplay achievements include a full size Arcade Hecarim, Kim Possible, and the Tier 11 Hunter armor set from World of Warcraft. 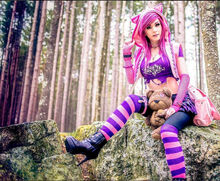 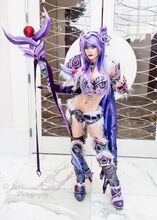 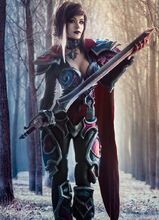 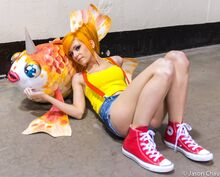 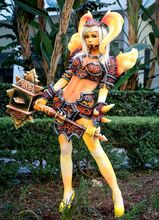 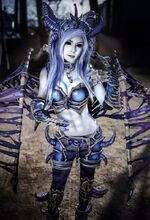 Zyra
Add a photo to this gallery

Retrieved from "https://cosplay.fandom.com/wiki/Danielle_Beaulieu?oldid=12114"
Community content is available under CC-BY-SA unless otherwise noted.