Cosplay (コスプレ kosupure), short for "costume play", is a type of performance art in which participants don costumes and accessories to represent a specific character or idea. Characters are often drawn from popular fiction in Japan. Favorite sources include manga, anime, tokusatsu, comic books, graphic novels, video games, hentai, and fantasy movies. Roleplay includes portrayals of J-pop and J-rock stars, Taiwanese puppet characters, science fiction characters, characters from musical stories, classic novels, and entertainment software. Any entity from the real or virtual world that lends itself to dramatic interpretation may be taken up as a subject. Inanimate objects are given anthropomorphic forms and it is not unusual to see genders switched (crossplay), with women playing male roles and vice versa.

Cosplayers often interact to create a subculture centered around roleplay. A broader use of the term cosplay applies it to any costumed role play in venues apart from the stage, regardless of the cultural context.

The term cosplay represents a contraction of the English words "costume play". The term was coined by Nov Takahashi of the Japanese studio Studio Hard while attending the 1984 Los Angeles Science Fiction Worldcon. He was impressed by the hall and the costumed fans and reported on both in Japanese science fiction magazines. The coinage reflects a common Japanese method of abbreviation in which the first two moras of a pair of words are used to form an independent compound. Costume becomes kosu (コス), and play becomes pure (プレ).

Here are some common characteristics of cosplaying:

Cosplayers typically come from the ranks of otaku - that is, fans of Japanese comic books, known as manga. They gather at public events such as comic book and video game trade shows, as well as at dedicated cosplay parties at nightclubs or amusement parks. In Japan, teenagers gather with like-minded friends in places like Tokyo's Harajuku district to engage in cosplay. Since 1998 Tokyo's Akihabara district has contained a large number of cosplay cafes, catering to devoted anime and cosplay fans. The waitresses at such cafes dress as game or anime characters; maid costumes are particularly popular. In areas outside of Japan, cosplay is primarily done at manga and anime conventions.

The single largest event featuring cosplay is the semiannual doujinshi market, Comiket. This event, held in Japan during summer and winter, attracts hundreds of thousands of manga fans. Scores of cosplayers congregate on the roof of the exhibition center, often in unbearably hot or cold conditions. The largest event for cosplayers outside Asia is the annual San Diego Comic-Con held in the California city in the USA.

Cosplayers in Japan refer to themselves as reiyâ, pronounced "layer". Those who photograph players are called cameko, short for "Camera Kozo" or "Camera Boy". Originally the cameko give prints of their photos to players as gifts. Increased interest in cosplay events both on the part of photographers and cosplayers willing to model for them has led to the formalization of procedures at events such as Comiket. Photography takes place within a designated area removed from the exhibit hall.

Cosplay differs from Halloween and Mardi Gras costume-wear because of its aim, not simply because it is unbound to specific holidays. The object of cosplay is interpretation: one attempts to become one's character much as a stage actor inhabits a role. Costumes are expected to adhere meticulously to the attire known to be worn by the character represented. Even more generic costumes get an elaborately artistic treatment. Cosplayers may purchase or create costumes through fan labor. Cosplayers often educate themselves in crafting specialties such as sculpture, face paint, fiberglass work, fashion design and the like in the effort to render the look and texture of a costume accurately.

Once in costume, cosplayers adopt the personality, mannerisms, and body language of the characters they portray. Cosplayers often gather to view the costumes of others, show off their own creations, take pictures, share tips, and participate in contests. This activity is maintained between major events through participation in online forums.

Portraying a character of the opposite sex is called crossplay. The practicality of crossplay stems in part from the abundance in manga of male characters with delicate and somewhat androgynous features. Such characters, known as bishounen (beautiful youths), are an Asian version of the elfin boy archetype represented in Western tradition by figures such as Peter Pan and Ariel.

The animegao, or "dollers", represent a niche group in the realm of cosplay. Their approach makes them a subgroup of what is called in Japan kigurumi - that is, "mascot"-style role players. Dollers are often male cosplayers representing female characters. Female dollers are also found who represent male characters, especially male characters that lend themselves to the treatment, such as robots, space aliens, and animals. Dollers wear bodysuits and masks that completely hide their real features so that the original appearance of their characters may be reproduced as literally as possible. Their costumes display all the abstractions and stylizations characteristic of the cartoon art, such as the oversized eyes and tiny mouths so often encountered in manga.

The popularity of cosplay in Japan encourages the misconception that cosplay is specifically Japanese or Asian hobby. The term "cosplay", though Japanese in origin, described a phenomenon which was witnessed in the United States. For almost fifty years costuming has had a widespread following and continues to experience growing popularity in North America and Europe, and has more recently spread throughout South America and Australia.

Western cosplay's origins are based primarily on science fiction and historical fantasy as opposed to animation. It is more common for Western cosplayers to recreate characters from live-action series such as Star Trek, Star Wars, Doctor Who, The Lord of the Rings, and Harry Potter than it is for Japanese cosplayers. Similarly, animated series may be the origin for many recreations. Western costumers also include subcultures of hobbyists who participate in Renaissance faires and historical re-enactments such as Civil War battles.

The increasing popularity of Japanese animation outside of Asia during the late 1990s led to an increase in American and other Western cosplayers who portray Japanese characters. Anime conventions have become more numerous in the West in the last decade. They now compete with science fiction, comic, and historical conferences in attendance. At these gatherings, cosplayers, like their Japanese counterparts, meet to show off their work, take photos, and compete in costume contests.

Differences in taste still exist across cultures. Some costumes that are worn without hesitation by Japanese cosplayers tend to be avoided by Western cosplayers, such as outfits that invoke Nazi-era uniforms.

The appearance of cosplayers at manga events makes such events a popular draw for photographers. As this became apparent in the late 1980s, a new variant of cosplay developed in which cosplayers attended events mainly for the purpose of modeling their characters for still photography rather than engaging in continuous role play. Rules of etiquette were developed to minimize awkward situations involving boundaries. Cosplayers pose for photographers in designated areas removed from the exhibit hall. Photographers do not press them for personal contact information or private sessions, follow them out of the area or take photos of exhibits in the hall itself without permission. The rules allow the symbiotic relationship between photographers and cosplayers to continue with the least inconvenience to each.

Recent cosplay events in Asia show an increase in the popularity of non-Asian fantasy and science fiction characters. This reflects the international success of films such as The Dark Knight, The Matrix, Star Wars and The Lord of the Rings film trilogy, and their associated books. The Harry Potter characters created by J. K. Rowling are popular with female cosplayers in Japan. 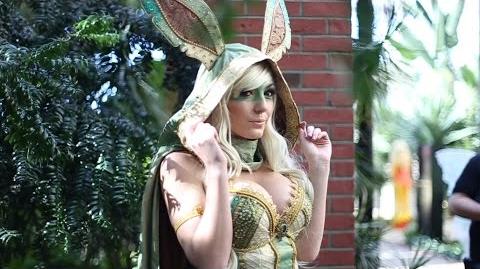 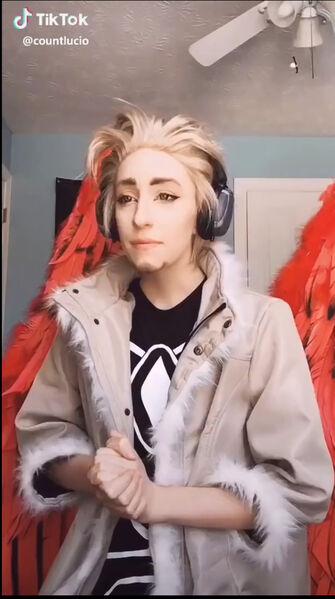 Retrieved from "https://cosplay.fandom.com/wiki/Cosplay?oldid=14447"
Community content is available under CC-BY-SA unless otherwise noted.