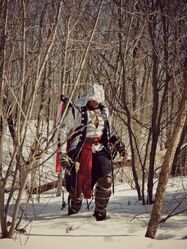 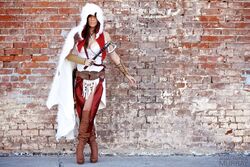 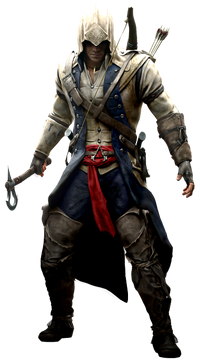 This character is from the Assassin's Creed franchise.

The death of Connor's mother and burning of his village left him growing up with a strong desire for justice and the concern of what impact the colonists would have on the Kanien'kehá:ka. This left him with an often introspective, humorless disposition: Kanen'tó:kon once told him to stop worrying about colonial expansion when he had commented on the beautiful sight of viewing the forest from up the trees. This bluntness continued into early adulthood, when he would misinterpret Israel Putnam's playful banter for insults, although in time he would learn to respond to such comments with a cold stare.[1]